I was on a walking meeting with my colleague Erin when she gave me feedback on a talk she had just seen me rehearse. For an instant, I wanted to rebut it, but instead I thanked her and integrated the feedback, and it made my talk better.

The feedback Erin gave me was relatively easy to receive; I was asking for it, and the feedback involved was something I could (and did) easily adjust. Honestly? Even then it was hard to receive.

In many cases, the kind of feedback we desperately need to give each other is much harder to give and receive. And so, we avoid it, and the pain accumulates over time.

The difficulties we face in giving and receiving feedback leads to an epidemic of withheld feedback at an organizational scale — feedback debt.

Just as a startup can incur financial and technical debt, withheld feedback is an insidious and often unaddressed issue that is responsible for a myriad of problems at companies. Conceptualizing withheld feedback as debt makes it easier to understand it as an untapped source of organizational value.

Withheld feedback is a resource. Like capital, it holds tangible value, and comes with interest.

The sum of feedback not given among individuals and teams at your startup is creating a strain on your company’s outputs. Thus, it is a kind of organizational “potential energy” and has the capacity to reveal issues so that they can be addressed. When people have insights for each other — good, real, constructive insights that could make a person, project, or team better–and then don’t give it, that depreciates the total value of your organization.

Like technical debt, the debt of withheld feedback may actually keep an organization working smoothly in the short-term but sets it up for major long-term problems.

Technical debt is a term coined by Ward Cunningham to explain the consequences of a shoddily-done short-term technical solution. According to Atlassian:

“Constantly procrastinating on bugs that need to be fixed is a dangerous way to make software. As the bug count grows, tackling it becomes increasingly daunting–resulting in a vicious death-spiral of technical debt.”

Withheld feedback has a similar impact. Procrastinating on discussing issues that need to be fixed is a major issue. On individual, team and organizational levels, the consequences of not giving feedback can be devastating:

If you haven’t told someone the truth about something, chances are you’re going to skirt the issue and that’s going to be wasteful in some way vs. directly addressing it. That’s a debt that accumulates over time–with interest.

Uber has come under fire recently for missing the opportunity to receive feedback about its cultural issues. Companies that just don’t want to face the truth will have to pay up at some point, with interest, and usually publicly.

Winning companies will become adept at maximizing the flow of healthy feedback at every level of their organization.

My hope is that by conceptualizing withheld organizational feedback as debt, startups squash it on their way to increased profitability and success, and improve culture along the way. 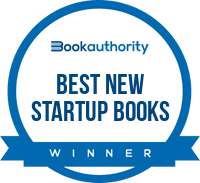